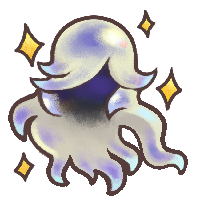 Abilities are the techniques Sam uses in combat. There are a total of four powers she'll gain access to - each unlocking as the player progresses through the game.

Using abilities consumers Energy, which regenerates over time or can be restored more quickly by eating food. Sam's bubble consumes the yellow (self regenerating) bar, and her other abilities use the blue 'special ability' bar which requires food to restore.

Missable - only can be unlocked during Chapter 7

On the Island Of Time in Chapter 7, after finding Thomas there's a small dungeon which can be unlocked before going back to the dock. Just north of the dock there's a green light bulb poking out of the water. Shoot it with Sam's energy bubble and another will appear - keep hitting the targets until a hidden passage is unlocked to a cave where all abilities can be powered up.

There are three achievements related to Sam's abilities. Two require use of the Energy Bubble ability, and the other requires collecting all four abilities.